Le Thi Then lives in a rural farm village in Vietnam. One day when traveling to visit her grandmother, she was being chased by a vicious dog. She ran and tripped over the railroad tracks. Just then the train came and ran over and severed both of her legs. It was a miracle that she didn’t bleed to death as she laid there for a long while before help arrived. Then it took several more hours to get her to the help she needed. With her prosthetic legs, however, Le Thi Then still manages to care for her elderly parents and to pick the fruit trees on the farm. She remarked that these prosthetic legs were so lightweight that they allowed her to wear them more than the heavy ones she had previously. 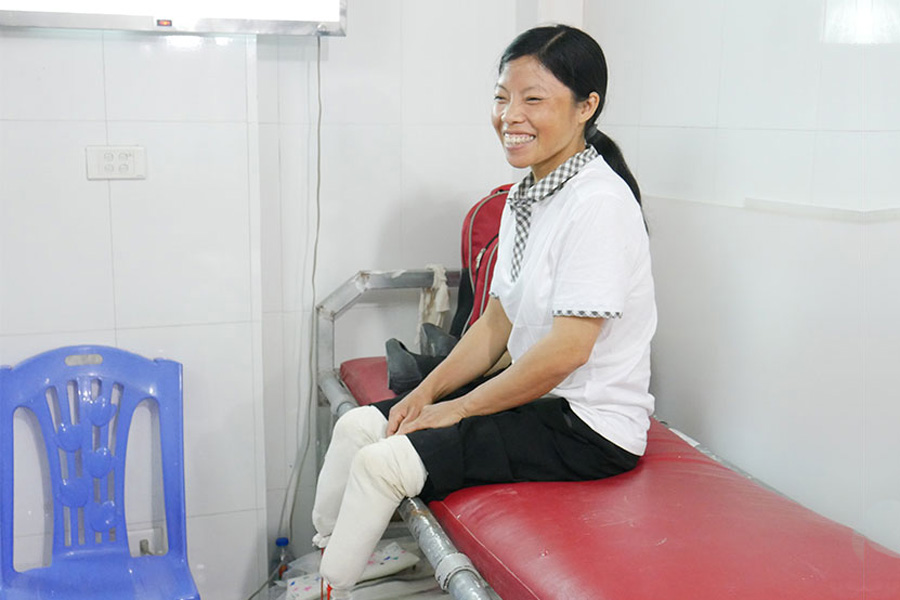 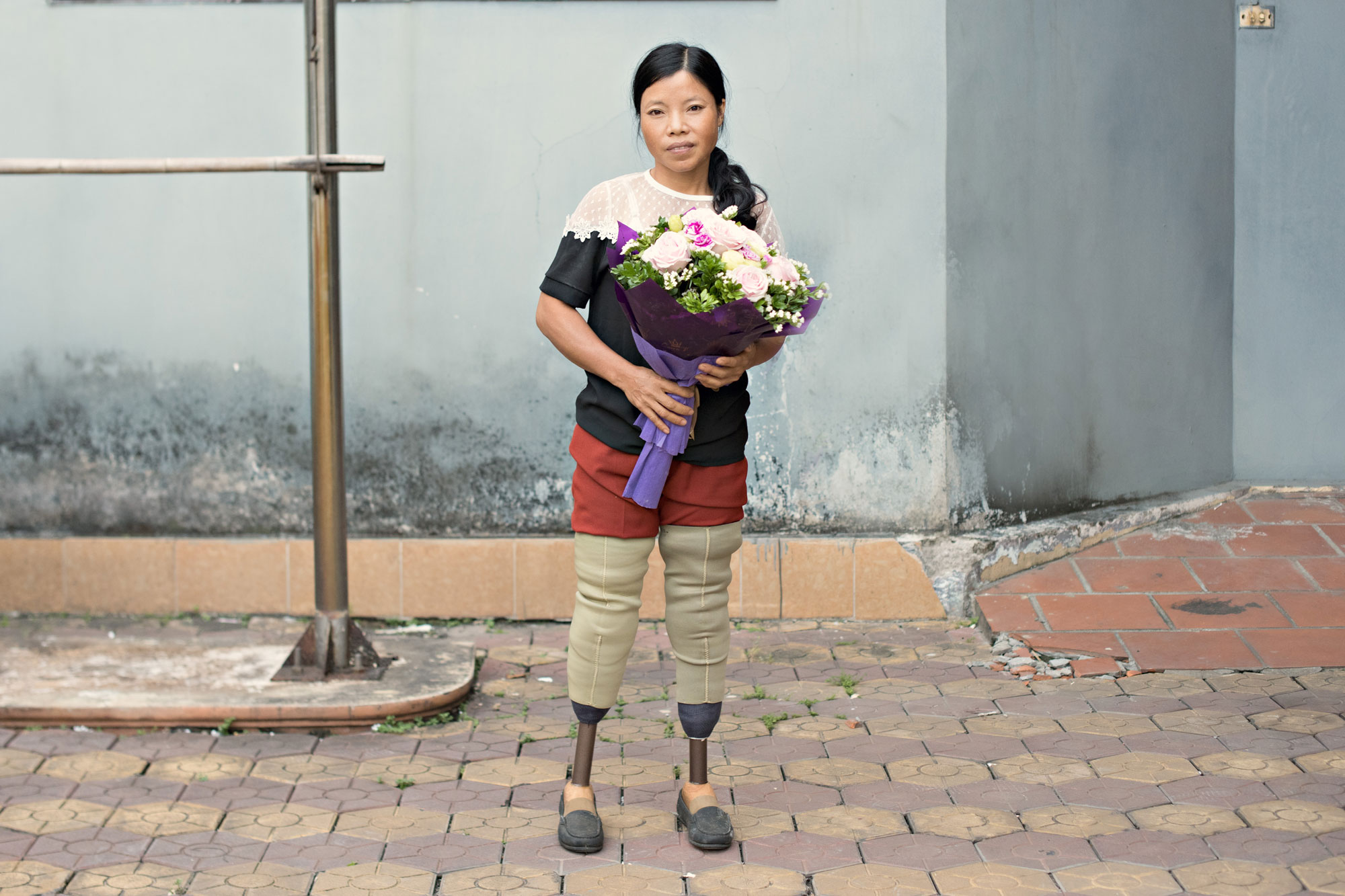 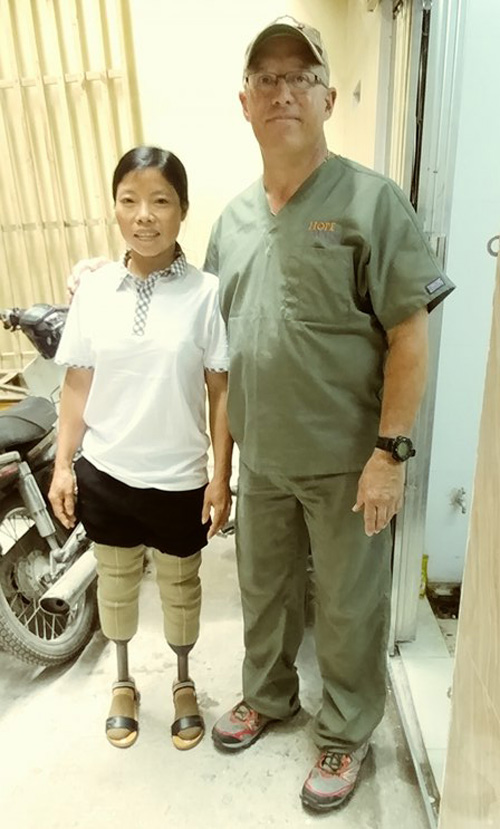