When Andy was only 18 months old, he was playing with some dogs when he accidentally ran into a brush fire nearby and sustained third degree burns to both of his feet. He was taken to the hospital and his parents were told he would have to have his right leg amputated.   This devastated his family as they were unable to afford a prosthetic leg.  Since prosthetics often range from $3,000 – 6,000 and up, and 2.7 million people in Honduras live on less than $3.10 per day, commercial prosthetics are simply out of reach.

We met Andy when he was 4 years old.  He had a loving family and an amazing spirit and learned to walk and play using his knees.  He crawled into the clinic, and walked out!  Now Andy is 6 years old and runs and plays like any child would.  The beautiful thing is that as he grows, Hope To Walk will continue to provide him with prosthetic legs free of charge. 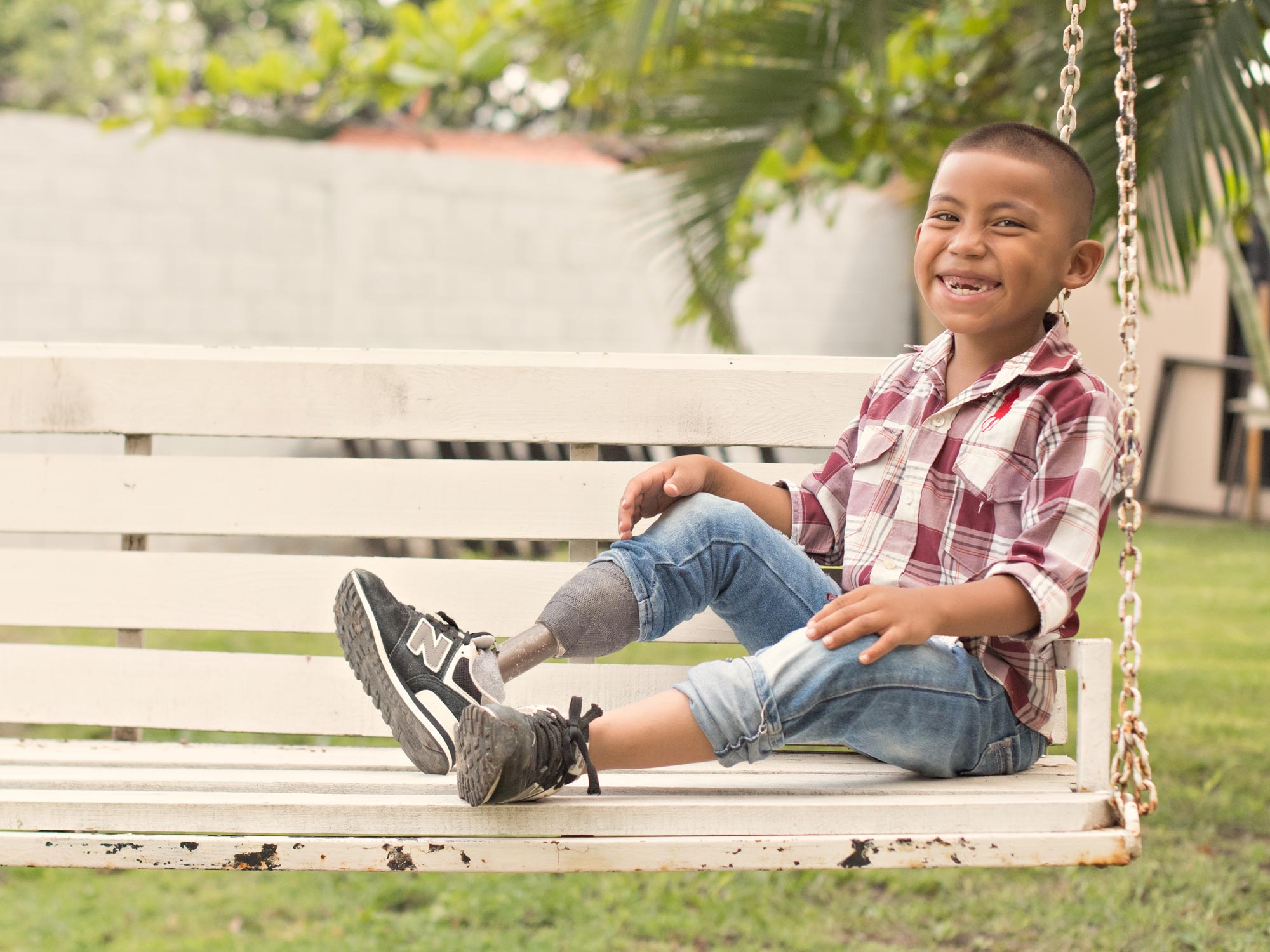 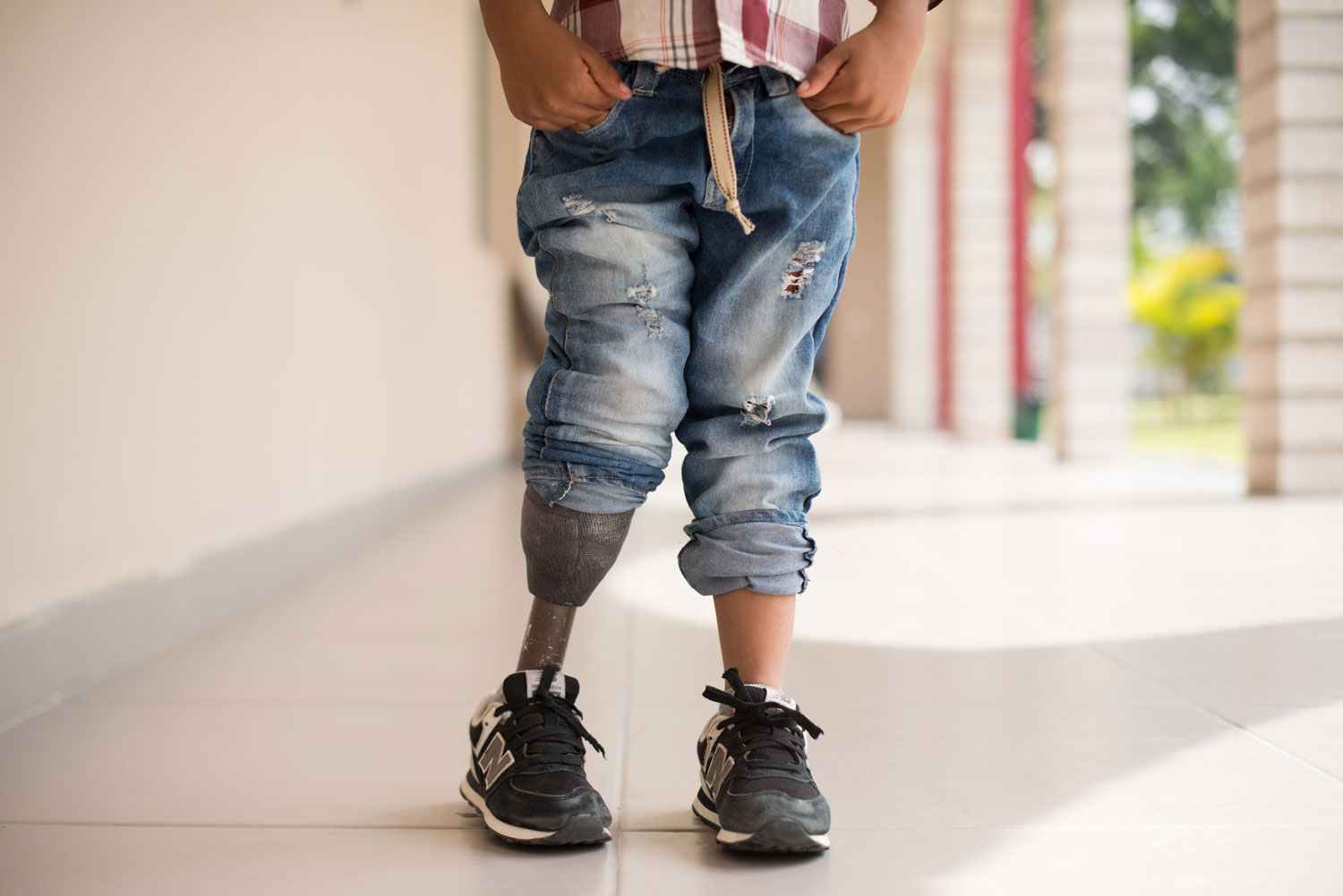 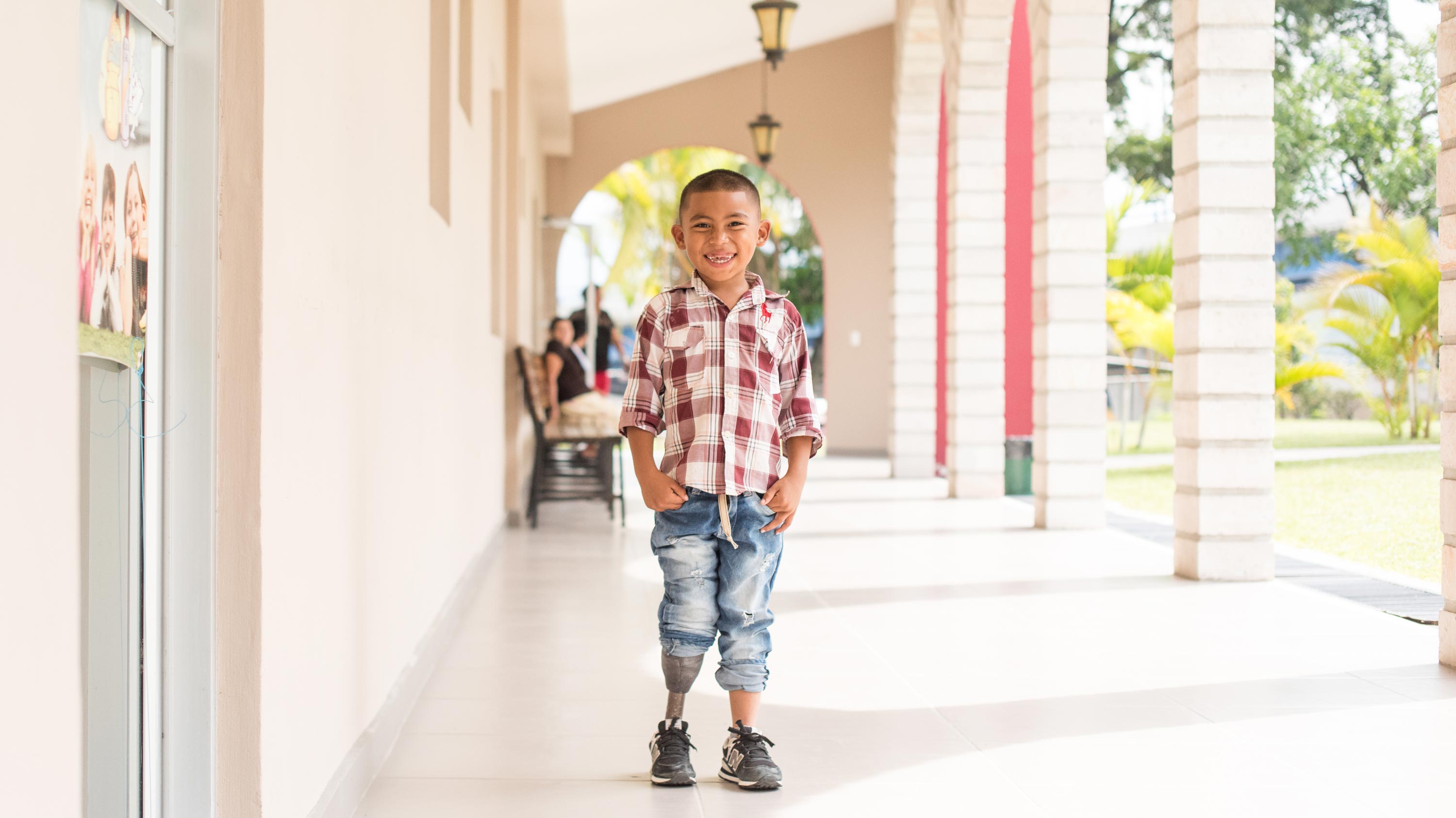 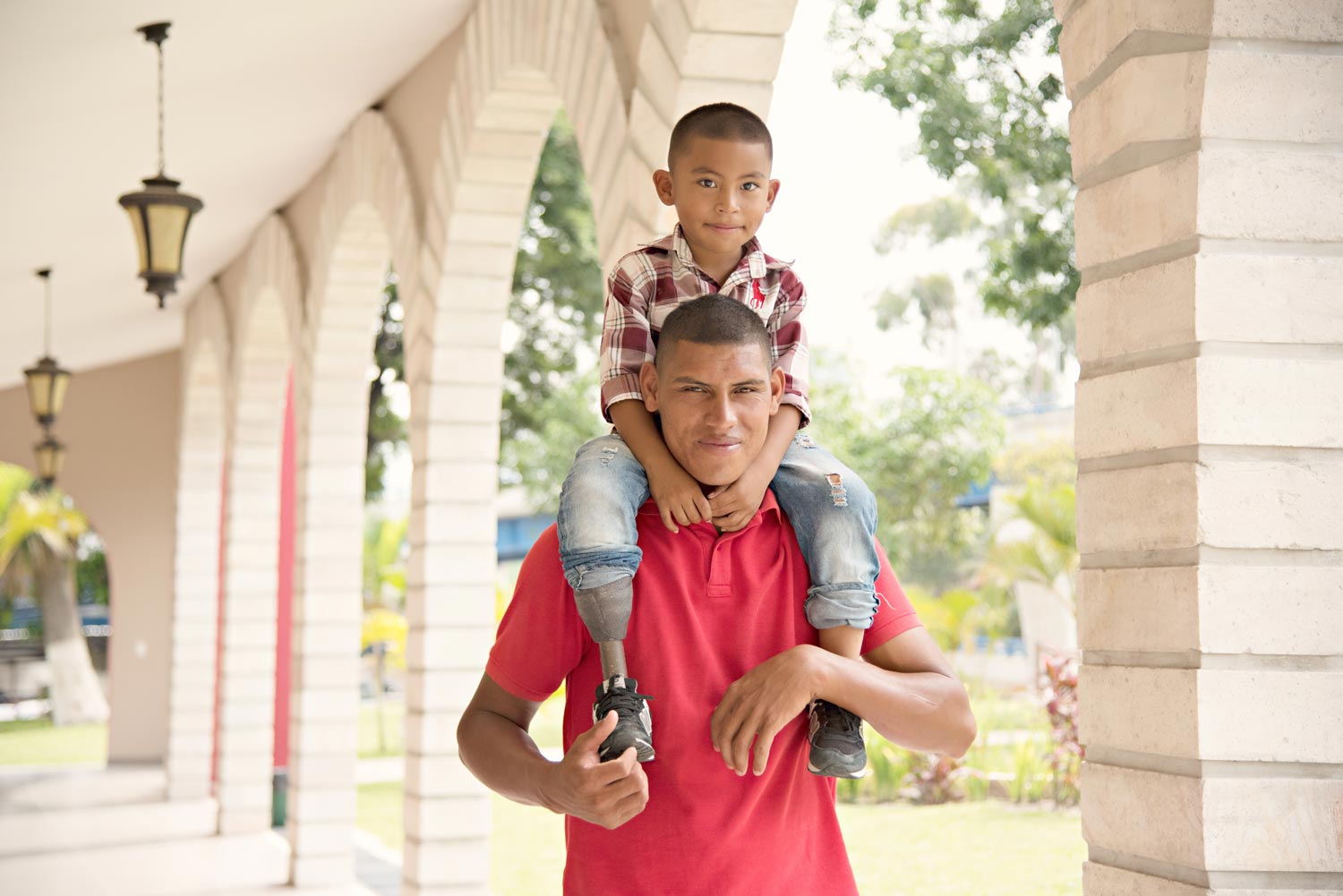 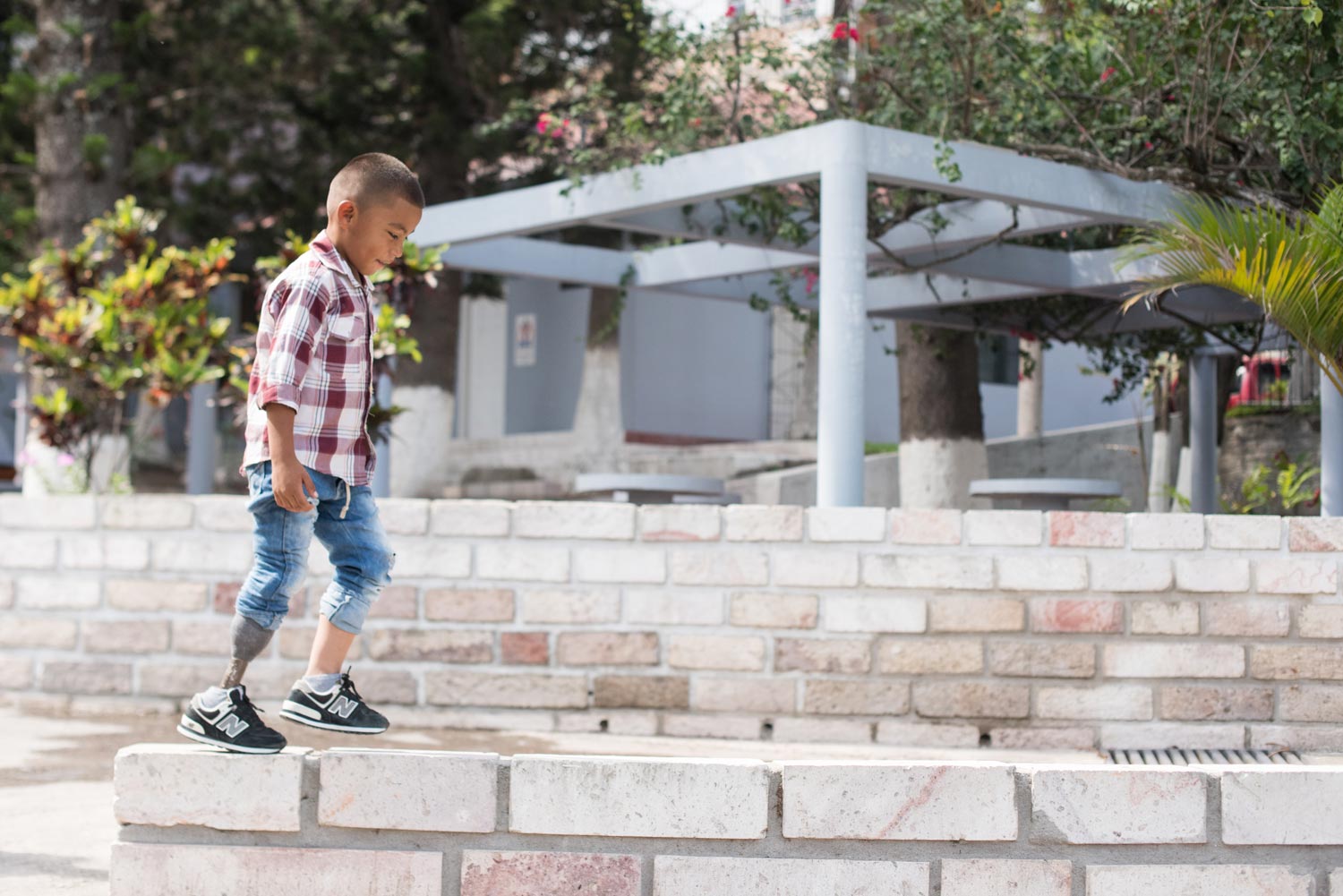 FUN FACT: The Hope to Walk logo is based on Andy's walk